Tips and ideas on insurance for your home

Tips and ideas on Insurance for your Home

Would you believe it. Looking through my newspaper this morning I came across the following snippet: Los Angeles: A family were left counting the cost of their choice of Christmas tree decorations after a blaze that caused $2.3 million in damages to their home, fire officials said on Tuesday. Officials said that the fire in the luxury residence in Newport Beach, south of Los Angeles, was caused when candles on a Christmas tree ignited branches, gutting the house. 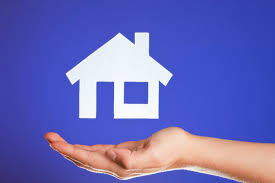 AFP I wonder if they were covered. Some other situations we might look at today are personal liability and pets. If a visitor to your home trips over a doormat or maybe slips on the stairs you could find yourself facing a lawsuit for the resulting injuries. Not only medical expenses but loss pf income due to being off work whist recuperating. Absolutely anything that happens on your property is your responsibility and you should be covered accordingly.
Some dogs and cats can be pretty unfriendly to strangers so check if you’re covered if your animal decides to take a bite out of your visitor! You might also like to check if your homeowners insurance covers you for any misdemeanors your animal commits away from your property. Oh! The joys of owning your own home!

After hearing of my pal’s disaster I sat down in a quiet corner and tried to write down all the things I could think of which I would need to insure. Some of the things I came up with were: 1. The actual house. apartment or whatever. One of the things we have to cover is fire and however that may be caused. Was it a carelessly left cigarette, a pan of fat left heating and forgotten in the kitchen, an electrical fault, lightning or even some malicious action by a third party. There’s also the effects of smoke which can be caused by quite a small fire but which can be very costly if you have replace furnishings and decorations. I read in a newspaper recently of someone whose computer was left on all the time and for some reason or other caught fire. 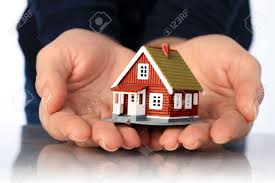 Whilst only the computer and part of a desk were destroyed, the door of the home office was open and there was extensive smoke damage throughout the whole house. The resulting bill to put things right was in the thousands of dollars. 2. Flooding is another obvious concern if you happen to live in a flood prone area. But what if there’s absolutely no chance of flooding where you live?  Do you live in an area where you have freezing winters.
What if your plumbing suddenly bursts and you are not around or someone accidentally leaves water running somewhere in your home Are these situations covered? 3. Theft and vandalism. These days there are more and more property thefts and these should be included in your cover. Is there a problem with your cover if a door was left unlocked at the time. What happens if the thieves don’t take much but vandalise your home  – is the resulting damage included. And what if it is just a simple case of third party vandalism. I know all the points above are very basic and will probably be included in a basic policy but it doesn’t cost you anything clear these with your insurer and give yourself peace of mind.
We’ll look some more ideas later 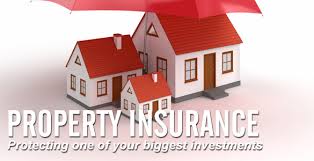 The purpose of this blog is to look at insurance for homeowners and to give the best possible tips and advice. There are so many things to look at in this field and in the future i will endeavor to cover all the important aspects and also the things we may consider not so important. I know when I was looking at my own insurance I thought initially I had everything covered but later found there were quite a few holes in my “coverage”. A long time ago when I was looking at this for my own home, was to keep putting it off as something I could do later. I expect we all go through this syndrome thinking ‘it will never happen to me’ and fortunately in my case, it didn’t. Then my pal at work had quite a serious fire at home, caused by an electrical fault, and the cost of repairs etc was huge. That’s when I got off my backside and started to look into my own insurance requirements. Insurance is really a funny animal because you can go for years and years without making any claim which gets you to thinking how much you’ve spent over the years and for what! But this is the nature of the beast. I’ve now changed my mind